Good morning. This is Arashi's Ohno Satoshi.
Here's today's thought of the day; come on!
( Collapse ) 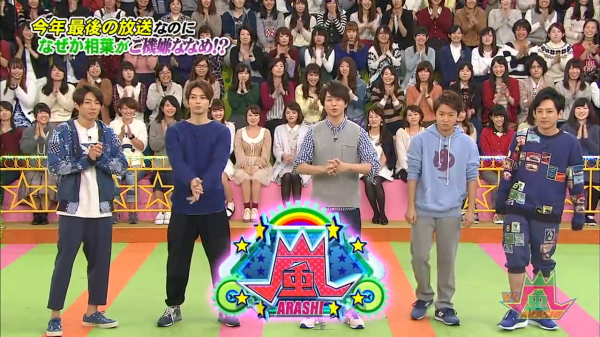 ひさしぶりですね!(o^ ^o)/
Just wanted to share the last VS Arashi of this year!I`m pretty sure you`ve seen these adorable preview pics before!(/▽＼*)｡o○♡ 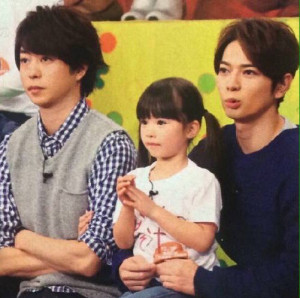 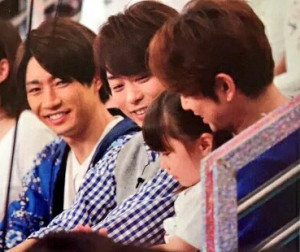 
Please do not Hotlink or re-upload to streaming sites. Love these pics from recent Arashi Japonism Tour, especially the third one.

*run in field filled with daisies

- Taguchi’s withdrawal announcement was NOT planned beforehand. But MC Sakurai Sho knew that that’s gonna be Taguchi-kun’s last performance with KAT-TUN.
- Sho said something about “facing the fans” and advised Taguchi-kun to announce it during the live broadcast, but KAT-TUN initially refused, fearing it’d ruin the mood of the show.
- “Whatever happens later is on me. I’ll take the responsibility.” Since Sho said that, KAT-TUN agreed to announce it after “Dead or Alive”.
- Sho urged the staffs to change Arashi’s turn with KAT-TUN’s for Johnny’s Love Medley to give the group some time to prepare. “It’s okay, just cut the MC part here. I’ll manage somehow!”
- The staffs agreed. From there, the show went a little chaotic backstage because certain MC parts were cut and such, but Sho skillfully changed the scripts and managed to steer it back on track. 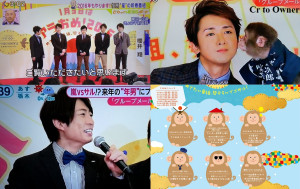 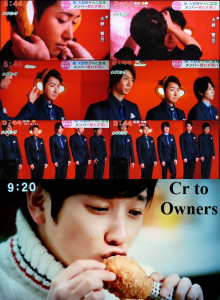 New Oillio Cm of Nino.
Arashi's New Year's card please monkey Hen new cm.
Arashi's Ichiban Shibori local CM official site, each regional limited CM has been published.
The Christmas congrats in the FC are up as always. Aiba-chan drawing is cute and Sho-kun draw too. I would like to know the texts of the messages...

Good morning. This is Arashi's Ohno Satoshi.
Here's today's thought of the day; come on!
( Collapse ) 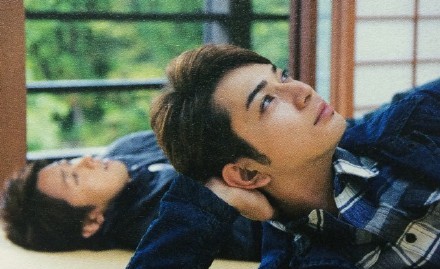